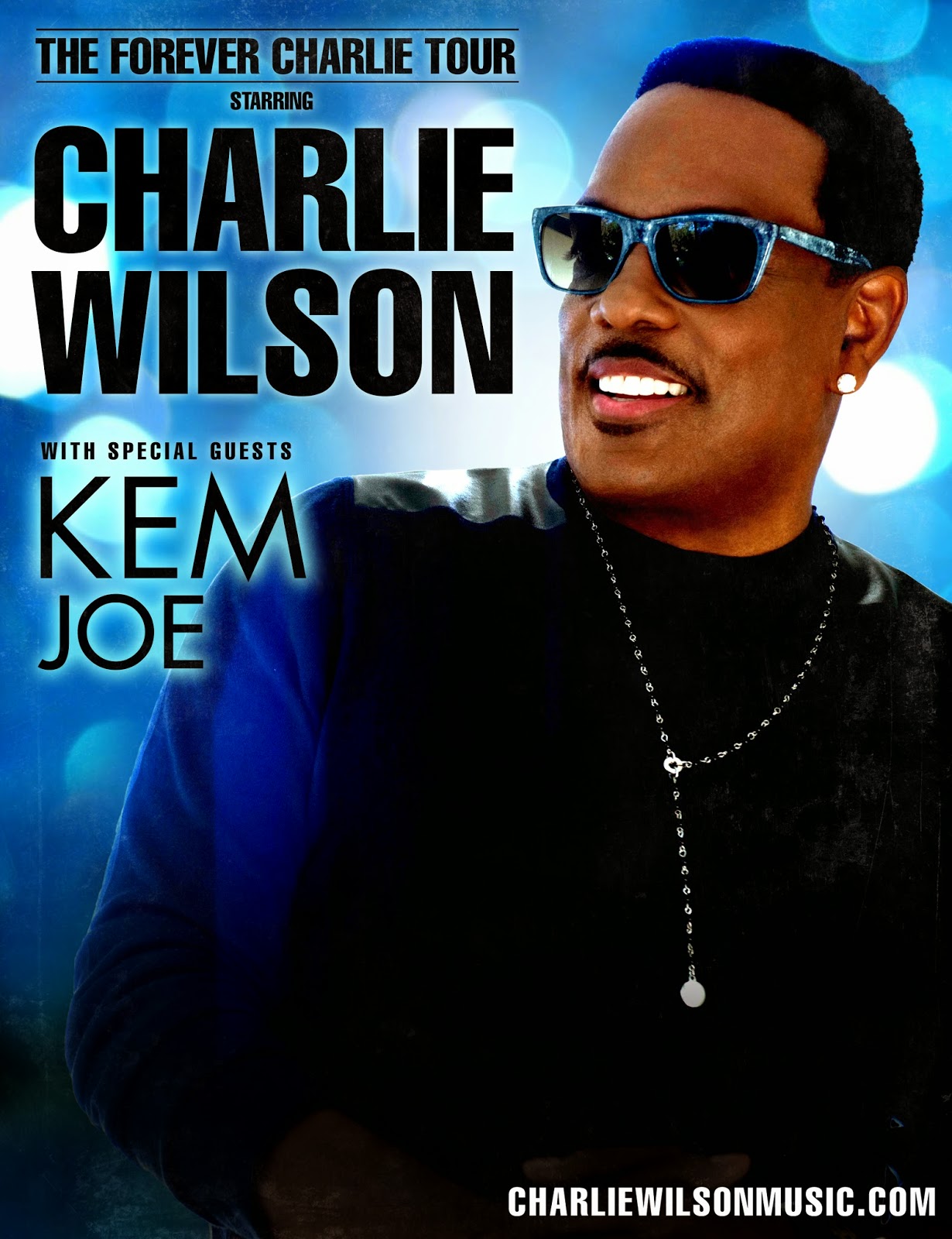 Grammy nominated artist Charlie Wilson will be embarking on his new national tour Forever Charlie set to kick off on February 12, 2015 in Cleveland, OH and will wrap on March 27 in Oakland, CA. The tour is named after Wilson’s upcoming album that is slated for a January 27th release.

Fans who pre-order Forever Charlie, from the singer’s official on-line store, will gain first access to pre-sale tickets for the upcoming tour. Detailed information will be available on www.charliewilsonmusic.com.
American Express® Card Members can purchase tickets before the general public beginning Wednesday, December 10 at 10 AM through Thursday, December 11 at 10 PM .
“I am so glad to be on the road once again and to bring my show to so many cities across the country. It’s going to be a special night for all the ladies that will join me and my special guests!” says Charlie Wilson. “ am looking forward to sharing the stage with my two talented friends Kem and Joe. They are both artists that I admire and am honored to have them on my tour. We are planning a show the audience won’t ever forget.”

THE FOREVER CHARLIE TOUR DATES:
*All dates and venues below subject to change.