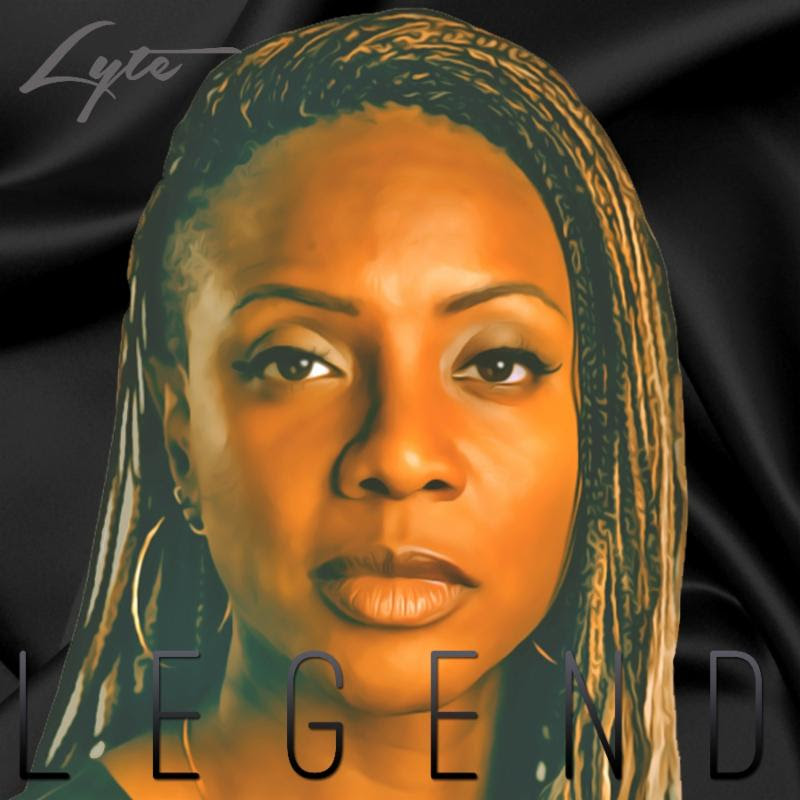 MC Lyte's "LEGEND" album, her first in over eleven years, emerges the classic sound of what made her initially popular together with the new, edgy, compelling sounds of the 21st century.  LEGEND WILL BE AVAILABLE FOR ONE DAY IN VINYL FORMAT ONLY (with digital downloads for album purchasers) at independent record stores nationwide as a part of Record Store Day.  Details, online pre-order options, listening parties, shows and appearances are at www.mclyte.com.  Future distribution of the album will be available through select media and brand partners at select hi-profile events worldwide.

Together with the assembly of 10 amazing musicians, this project puts the edge, truth and melody back into Hip Hop. From hard hitting kicks and snares that represent the genre of Hip Hop to the new pad sounds and synths that take the listener beyond this moment and the heavy bass lines that give way for Lyte's showcase of pure lyricism, LEGEND is a perfect combination of what WAS and what IS and it's ALL MC Lyte . . . current but still way ahead of her time.

"The comeback in itself is an art. On LEGEND, however, MC Lyte doesn't appear to have any jet lag," says THE SOURCE MAGAZINE in its review and exclusive premiere:


"CHECK" is a classic display of MC Lyte's lyrical swag  wrapped in a beat reminiscent of the underground hip hop movement destined to please the most devoted of Lyte fans.