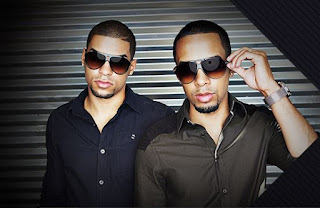 Solero are brothers Jean and Jonathan who hail from Puerto Rico and are signed to P Music Group which is also the home of Charlie Wilson. It was their Spanish cover of his hit “You Are” which caught the attention of the labels president and forced him to sign them. Solero also created quite a buzz in the Latin community with their Spanish cover of Jason Derulo’s “It Girl.”

“To see these two young Latin men that not only had star looks but were singing and carrying the vocals of “You Are” consistent with my client, Charlie Wilson, I knew I had to sign them. They were like Mark Anthony meets K-Ci and Jo-Jo." says CEO, Michael Paran

Check out this week’s cover song of Chris Brown’s “Back to Sleep” from his Royalty album Live Now On their YouTube channel.