on October 16, 2017
Twenty years ago, Diddy introduced a hot new R&B act with the vocal ability to dominate rhythm and blues while simultaneously complimenting hip hop. The group consisted of Quinnes 'Q' Parker, Michael Keith, Marvin “Slim” Scandrick and Daron Jones also known as 112. The group’s first single “Only You” featuring the late great Biggie Smalls was the perfect introduction to solidify the groups ascension into R&B royalty and they followed up with hit after hit for years to come. Now after eleven years with no studio album and six years of touring, 112 has a brand new album titled, “Q Mike Slim Daron”. The heavily anticipated album is being celebrated with a 112 Takeover week in the group’s hometown of Atlanta, GA. 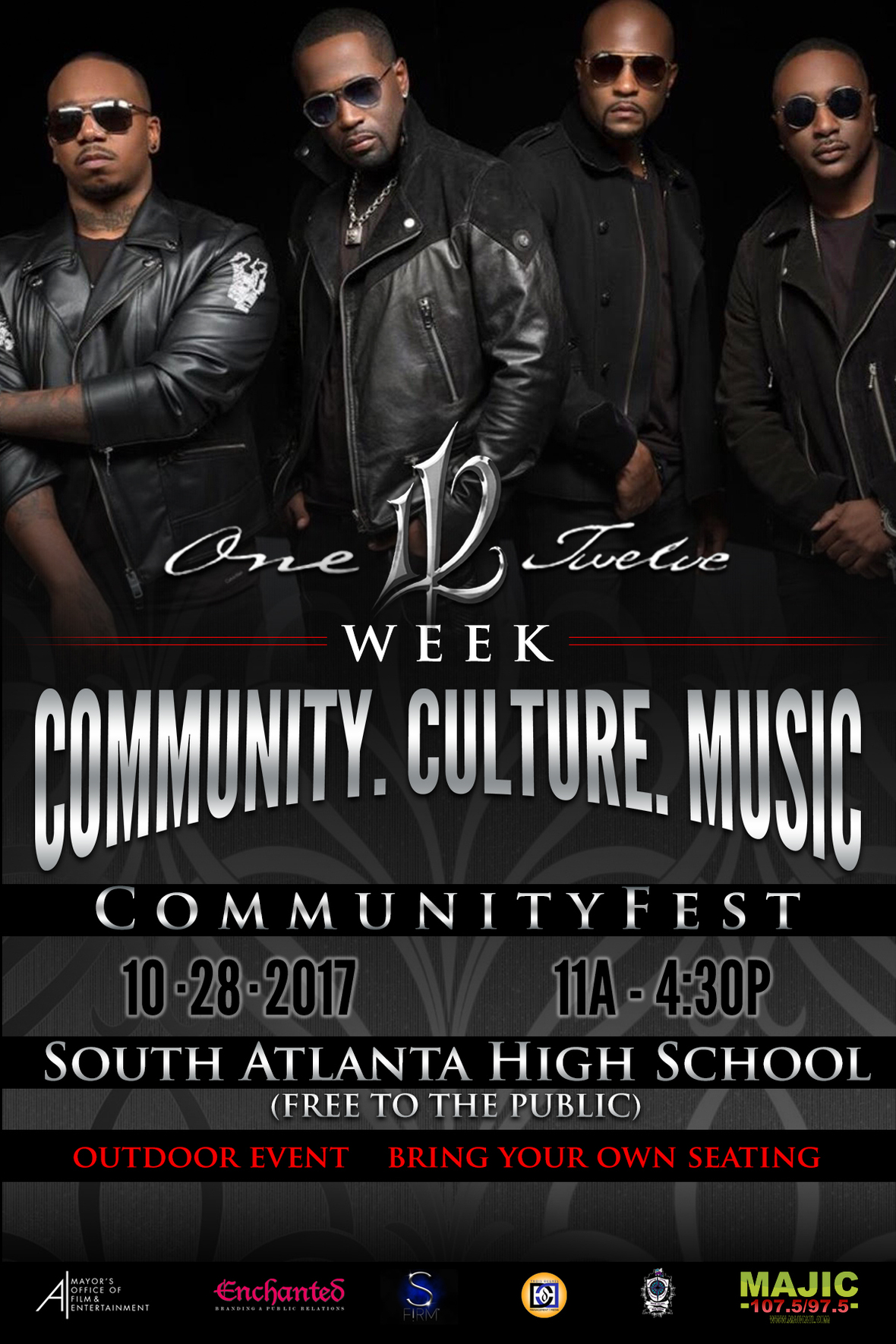 112 Takeover Week kicks off with the below lineup:
“It’s a blessing to be able to come back after almost twelve years to fans that are excited to hear new music. This new album is a more personal look into our lives and of course 112 started in southwest Atlanta so we thought what better way to kick this off than with the community that supported us,” Daron says. “We are looking forward to sharing this new album with home first and then of course connecting with fans across the country,” Slim explains.

“Q Mike Slim Daron” is the first release for the group after an eleven-year hiatus but all four members have had the opportunity to work on personal projects and endeavors over the past years. “I think that’s what makes this so special coming back after we’ve all done our own thing and had different levels of success but, we all realize that the true magic is with the four of us together,” Q says.
112 112 Takeover Week Diddy Q Mike Slim Daron Sean Combs